Assume Nothing: A Story of Intimate Violence 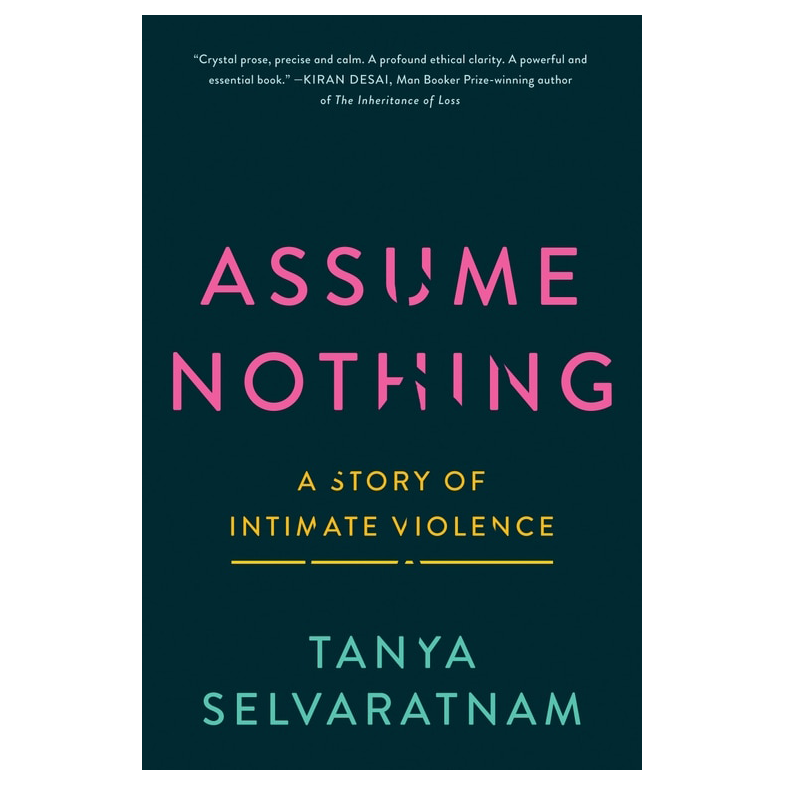 In Assume Nothing, award-winning filmmaker Tanya Selvaratnam bravely recounts the intimate abuse she suffered while in a relationship with former NY State Attorney General Eric Schneiderman and uses reporting to examine the domestic violence crisis.

1 in 4 women in the United States experience domestic violence. Tanya Selvaratnam never thought she would become part of that statistic. Born in Sri Lanka before emigrating as a baby to Southern California, Selvaratnam witnessed her father abuse her mother. She knew the patterns and signs of domestic violence, and she did not see herself as remotely vulnerable. An Ivy League grad, producer, author, cancer-survivor, and connected professional in the art world, Selvaratnam was ready to meet a romantic partner.
‍

When Selvaratnam met then-NY State Attorney General Eric Schneiderman at the Democratic National Convention in July 2016, they seemed like the perfect match. They were both Harvard alumni; they both studied Chinese; they both were interested in spirituality and meditation. And then everything started to shift. Schneiderman became controlling, mean, and manipulative. He drank heavily and used sedatives. Sex turned violent, and he called her his “brown slave.” He isolated and manipulated Selvaratnam, even threatening to kill her if she left. What seemed impossible was suddenly a terrifying reality: Selvaratnam was trapped in an abusive relationship with one of the most powerful men in New York. Her memoir has the tone and terse prose of a dark psychological thriller, but every bit of it is true.
‍

Selvaratnam details finding the strength to leave, risking her career, reputation, and safety, and how she struggled in the wake of the abuse to reclaim her voice. Assume Nothing scrutinizes the insidious way women learn to accept abuse, regardless of socio-economic status, age, gender, race, or religion. With singular sensitivity and nuance, Selvaratnam redefines what it means to be a victim of intimate violence.

“Courageous and terrifying… a tour-de-force of self-revelation and, ultimately, of redemption.”

Andrew Solomon, National Book Award-winning author of Far from the Tree and The Noonday Demon

“In lucid prose, she recounts the confusion of signals—the loving embrace turned choke hold—and her struggle to reclaim her voice and power.”

“This book illustrates how vulnerable we all are; even those who outwardly seem so strong have ancient fractures, points of entry where we are susceptible to the debilitating darkness of others.”

A.M. Homes, author of The Mistress’s Daughter and May We Be Forgiven

“Read it. It has the power to change how we all think—and what we put up with.”

“Assume Nothing is a gut-wrenching, personal tale told by one of the bravest women of the #MeToo era.”

Jane Mayer, author of Dark Money and Staff Writer for The New Yorker

‍Library Journal reviewed the book as "a searing, yet sensitive account of vulnerability and redemption that will find a wide audience." Kirkus Reviews called Assume Nothing "a courageous and compelling example of an author writing her 'way out of the darkness.'" Publishers Weekly said, "This gripping story is not to be missed." The New York Times praised the book's "crisp, unadorned prose," and further said, "In methodically describing how a successful artist and activist can fall into a dark relationship with a controlling man, she is performing a rare and valuable service." Ms. Magazine included the book on its list of the most anticipated releases of 2021. And it’s a top pick on gma.com from Zibby Owens.

The Network: Advocating Against Domestic Violence

ALL OF IT with Alison Stewart

Liz Plank on the deliberate deceit of the "good guy"

America Has Been in an Abusive Relationship. Here’s How We Get Out

What Happened After I Shared My Story of Abuse

ALL OF IT with Alison Stewart